Yogi Bhajan was given the unique ministerial position of Siri Singh Sahib of Sikh Dharma (Chief Religious and Administrative Authority) of the Western Hemisphere. He inspired both Sikhs and non-Sikhs to live to the highest standards of spirituality, commitment, and compassion. He was the recipient of many awards and proclamations for his work to promote peace, inter-religious cooperation, conscious business enterprises and healthy lifestyles.

Yogi Bhajan, PhD, taught Kundalini Yoga from 1969 to 2004 in every part of the globe. Yogi Bhajan, set the standard as a dynamic lecturer and a unique and profound teacher of teachers. He earned a long lasting reputation as a master of Humanology which included a wide range of topics relating to health and healing, spirituality and the journey of awakened living. 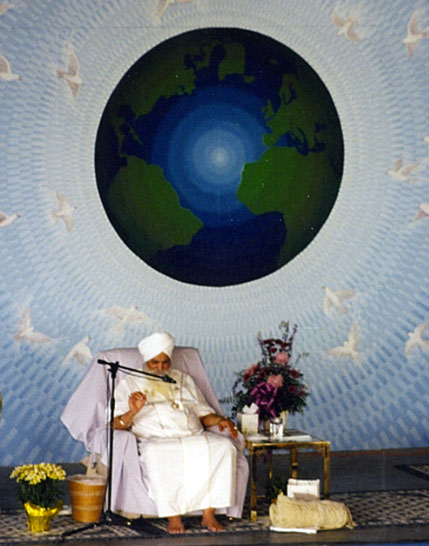 "In Kundalini Yoga we do not start without this mantra: Ong Namo Guru Dev Namo. It's a telephone number of Shakti (the creative power of the Infinite), with its own area code number and it is a direct line."

When he became a United States Citizen in 1976, Yogi Bhajan changed his name legally to Harbhajan Singh Khalsa Yogiji

When he was just eight years old he began his yogic training with an enlightened teacher, Sant Hazara Singh, who proclaimed him to be a Master of Kundalini Yoga when he was sixteen and a half. 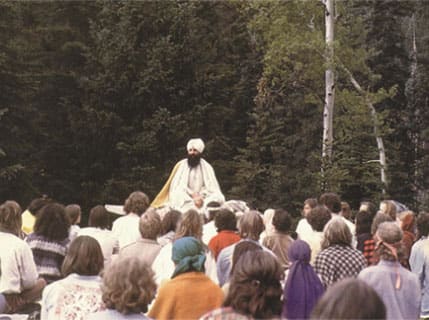 During the turmoil of partition in 1947, at the age of 18, he led his village of 7000 people, near what is Lahore Pakistan today, 325 miles on foot to safety in New Delhi, India, where he arrived with only the clothes on his back. Displaced Indians were given houses in India and soon he was able to continue his education at Punjab University where he excelled in debate and was a star athlete, playing both hockey and soccer and earning the name "China wall" from his opponents.

After graduating with a degree in Economics, he began Indian government service with India's Internal Revenue Department, and supervised the creation of the IRS building in New Delhi. Shortly thereafter he moved to the Customs Service and become head of Customs at Palam International Airport (now known as New Delhi's Indira Gandhi Airport).

He married Inderjit Kaur in 1952. They had two sons, Ranbir Singh and Kulbir Singh, and a daughter, Kamaljit Kaur. 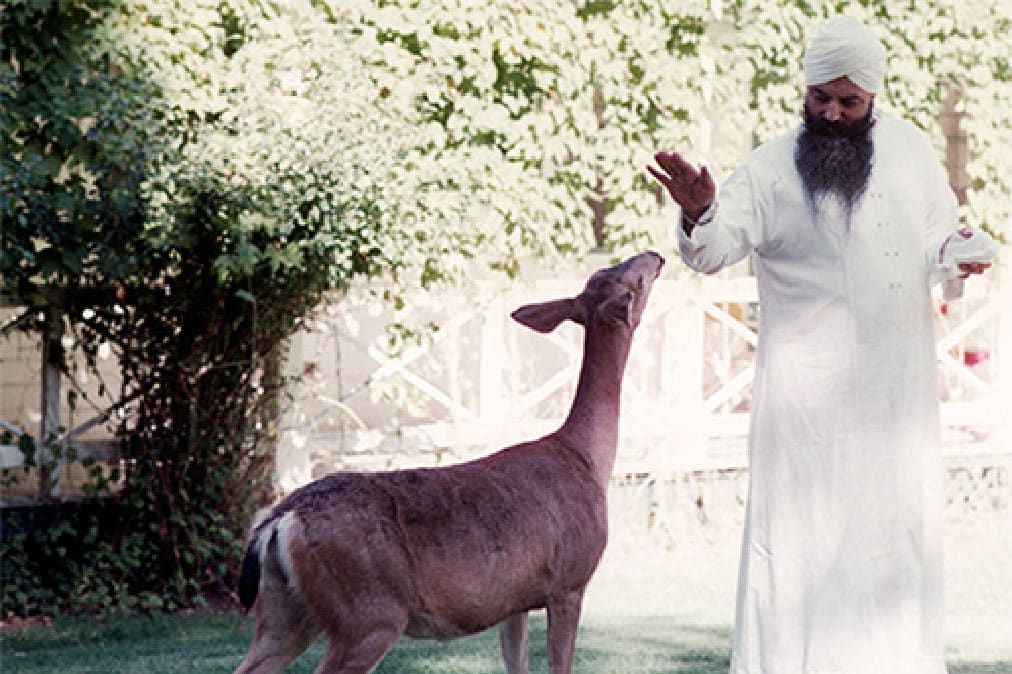 Throughout his academic career and government service he continued to teach yoga to people from all walks of life.

In September of 1968, he left India for Canada to teach yoga at Toronto University, carrying a letter of recommendation from Sir James George, Canadian High Commissioner in New Delhi, who had been his student. After two months in Canada, he flew to Los Angeles for a weekend visit. Arriving in Los Angeles virtually unknown, Yogi Bhajan met a number of young hippies, the spiritual seekers of that era, and immediately recognized that the experience of higher consciousness they were attempting to find through drugs, could be achieved by practicing the Science of Kundalini Yoga, while simultaneously rebuilding their nervous systems.

Breaking the centuries old tradition of secrecy surrounding the empowering science of Kundalini Yoga, he began teaching it publicly. With the yogic sciences of yoga, meditation, yogic philosophy, and loving acceptance, he gave the soon to be called "Baby Boomers" an effective alternative to the prevalent drug culture. He called it the "3HO" (healthy, happy, holy) way of life.

From humble beginnings, teaching first at the East West Cultural Center and then in a student's furniture store in West Hollywood, "The Yogi" was like a magnet. Students flocked to his classes. Soon he was teaching at colleges and universities, including Claremont and UCLA, and accepting invitations to teach in other cities.

In July of 1969 the non-profit 3HO Foundation (Healthy, Happy, Holy Organization) was incorporated in California. 3HO's service to humanity is through Kundalini Yoga, meditation and the Science of Humanology which improves physical well being, as well as deepening spiritual awareness.

Under his guidance as Director of Spiritual Education, 3HO mushroomed worldwide, to 300 centers in 35 countries. In 1994 3HO became a member of the United Nations as an NGO (Non-Governmental-Organization) in Consultative Status (Roster) with the Economic and Social Council, representing women's issues, promoting human rights and providing education in alternative systems of medicine. 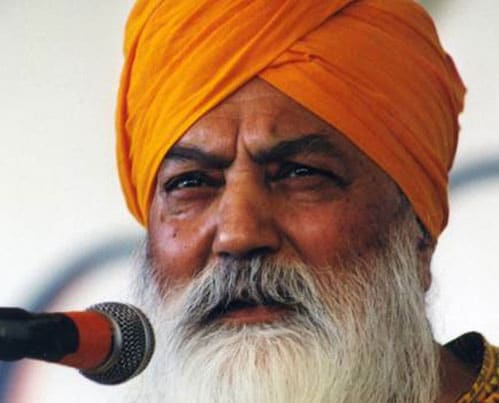 Traveling extensively in the seventies and eighties, Yogi Bhajan crusaded tirelessly to educate, uplift, and enlighten everyone he met. His basic message was "It is your birthright to be healthy, happy, and holy".

Inspired and motivated by his words and adhering to the practices he taught, students created music, art, and poetry reflecting the universal wisdom he shared. Over 200 books have been written based on his teachings, as well as a wealth of CD's, videos, paintings, and sculpture. He himself wrote over 30 books including The Yogi Bhajan Library of Teachings , Furmaan Khalsa, Masters Touch, and Mind and Its 81 Facets.

Becoming the Mahan Tantric (only living Master of White Tantric Yoga) in 1971, he conducted workshops in cities around the world. In 1987 he transferred these workshops to videotape, calling them "Renew to be New" Courses, which will continue to be held worldwide.

Thank you
for your inquiry! We have received your message and will respond as soon as possible.